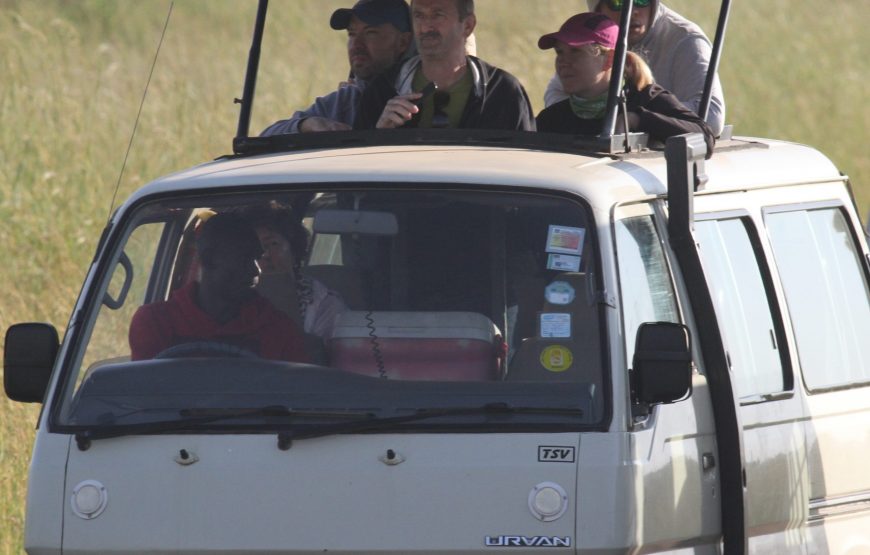 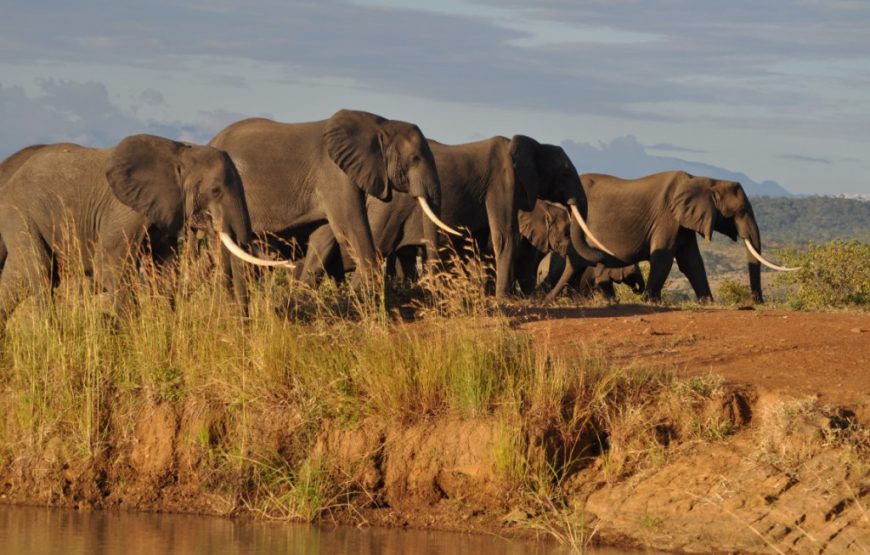 The tour starts with two nights in Tsavo National Park. Together Tsavo West National Park and Tsavo East National Park make up one of the largest animal sanctuaries in the world. The terrain encompasses huge plains and an interesting geological landscape such as cones, outcrops and lava flows resulting from historic volcanic activity. The area has a wide variety of wildlife including lion, cheetah, leopard, buffalo, hippo, elephant, oryx, eland, zebra, giraffe, spotted hyena, kongoni, waterbuck, impala, duiker and klipspringer.

We then continue to Amboseli National Park – home to large herds of elephants whose population is one of the few in Africa that has been spared from poachers. Predators in the park include hyenas, jackals; lions, leopards and cheetahs. Birdlife in abundance flourishes particularly in the marshes and swamps. Over 420 species have been counted within the park as a whole including 6 species of vulture, 12 species of heron and 10 varieties of eagle.

The safari concludes in the Masai Mara – a magnificent landscape of open plains bisected by the Mara River and its tributaries, and punctuated by marshes and forests. This region supports the highest density of game to be seen anywhere considering its size. During the seasonal migrations up to a million wildebeest and an equally impressive number of zebra move into the area from the neighbouring Serengeti National Park, in Tanzania. This area is home to all the “Big Five” and it is also possible to observe; baboon, eland, ostrich, bat-eared fox, jackal, and the rivers abound with hippos and crocodiles.

1: Kilaguni Safari Lodge : Located in  Tsavo West National Park immerses you in stunning beauty and exhilarating adventures while surrounding you with every modern comfort. Arriving guests are enchanted by our classic stone design and views of elephants, buffalo and other plains game drinking and cooling off in our water hole.

2: Amboseli Serena lodge : Nestled in an acacia grove by a gentle mountain spring the hotel is  comprising a Maasai-inspired design, a garden. The lodge provides the best views of mount Kilimanjaro from the rooms.

Breakfast at lodge and then transfer back to Nairobi (250kms, approx 5 hours) arriving after midday to be dropped off at the Nairobi’s Wilson Airport for the flight to the Masai Mara (departs 3 pm, flight time approx 1 hour) .You will be met on arrival at the airstrip and transferred to Ilkeliani Camp. Enjoy an evening game drive before dinner and overnight at Mara Engai Luxury Camp.

Full Board at Mara Engia Luxury Camp including all activities and shared game drives.

Breakfast at the camp. Transfer to the airstrip for the flight back to Nairobi (arrives around midday). Transfer to the international airport or a Nairobi hotel (hotel not included but available at a supplement). 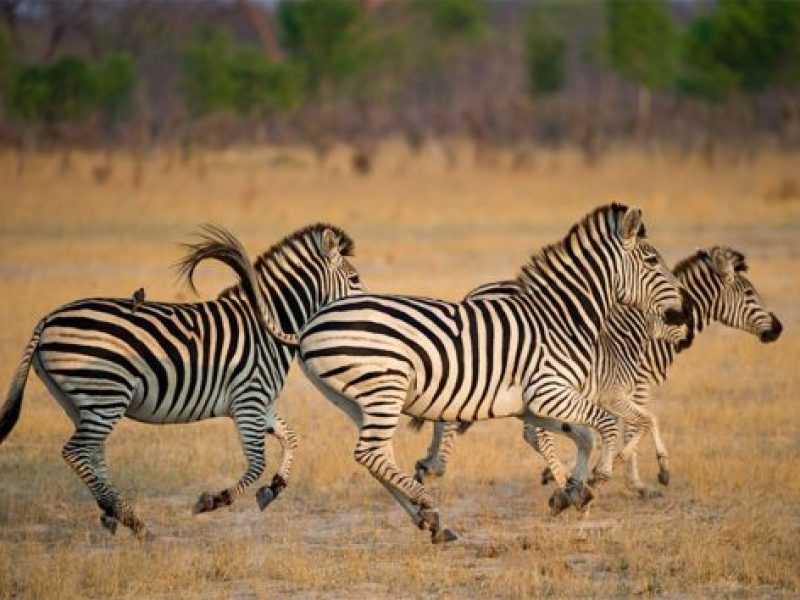 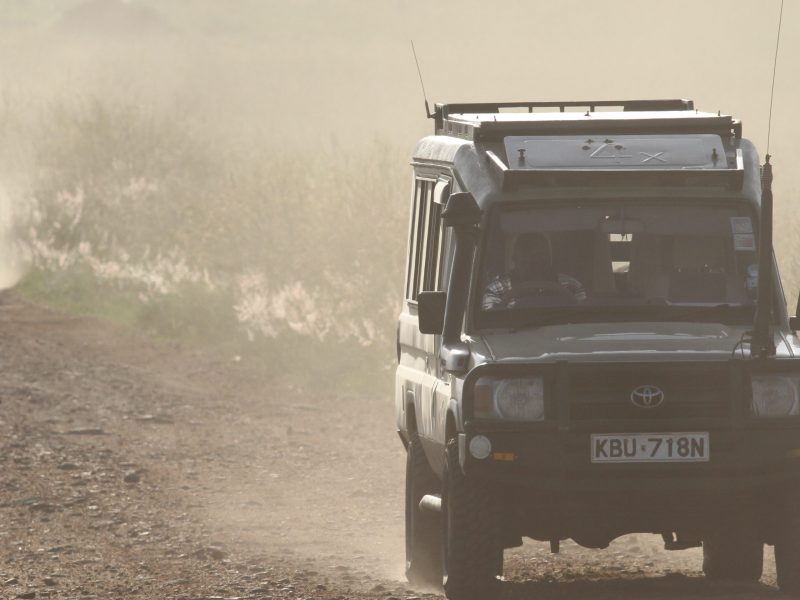